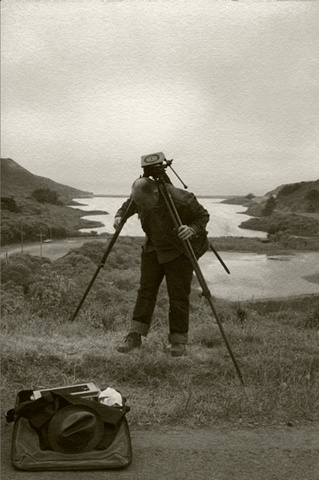 Struggling with a Tripod
Palladium Print
10" x 7"
< previous next >

The views of the brother photographing produced by his sibling from the project "Sibling Rivalries" A.K.A. "The Photographer’s Brother".